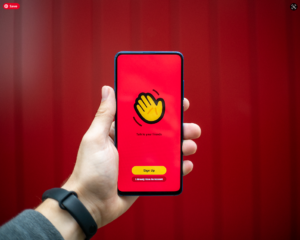 Long gone are the days when video games were solely for the younger generations. If the Nintendo Wii introduced whole family gaming in the same room, then cellphone and tablet app gaming has taken social video gaming to the next level. They have allowed people to network with friends and loved ones to play together online.

The number of senior gamers has risen commensurately, with AARP research showing 40 million seniors playing video games in 2016, with that number rising to 51 million in 2019. So, with all this in mind, here’s a look at some of the best games to stay connected.

Zynga’s adaptation of the famous word tile board game has a strong case to be called the ultimate social game. There’s even been two marriages and an engagement from folks who met online playing it! Available for iOS, Android, Windows Phone and even Kindle Fire, the game launched in 2009, and still has around 13 million users playing each month, meaning it’s easy to find a match at any time. If you’d rather keep it to friends and family, the game will sync with your social media friend lists and invite them to be added to your roster of opponents.

If a solo challenge and a complex storyline is interesting, the Professor Layton series could be right up your alley. Originally released for the Nintendo DS, 5 of the titles have now been released for smartphone and tablet gaming. The games combine exploration with puzzle solving, utilizing math, lateral thinking and logic puzzles for players to progress along the adventure, with each game containing well over 100 challenges. Set in a fictionalized contemporary London, this series is well suited for anyone who likes British whodunnits. Fans of Sherlock Holmes or Miss Marple should definitely apply.

While it’s been 15 years since Nintendo revolutionized gaming with intuitive motion control that anyone from 4 to 104 could easily get to grips with, nothing’s quite taken the place of Wii Sports yet in terms of getting friends and family round the TV to play. With over 45 million Wiis sold in the US alone, there’s a good chance that there’s one waiting to be dug out of someone’s basement, in the case that it has been superseded by newer systems. The game offers gentle aerobic exercise (and maybe not so gentle in the case of the boxing event) and can unleash a fierce competitive streak. Woe betide the grandchild who tries to get ideas above their station in the bowling! Nintendo don’t support online for the Wii any longer, however that was never really the point of Wii Sports – it’s the perfect party game for a group together.

Another hit from the Zynga stable and another game with 10+ years of building up an online community, Zynga Poker, like Words With Friends is easy to pick up and play for 15 minutes, and again, integrates seamlessly with social media friend lists. While there’s a perception among some that poker apps require real-money gambling, the truth is that there are plenty of ways to play the game just for fun. Zynga Poker is one of the most established “play-money” options, and is the first such app recommended to those looking to play for free, listed on this beginners’ guide to poker. This app features Texas Hold’em, which is by the far the most common form of poker over the past 20 years, so most folks will be familiar with it. It’s available on Apple’s iOS, Android, can be played on Facebook and comes in 18 different languages. It can truly be a worldwide web game.

More seniors are playing video games than ever and it’s not difficult to see why. These days gaming doesn’t require expensive equipment and endless hours in a dimly lit room. There’s plenty available on the cellphones in everyone’s pocket.